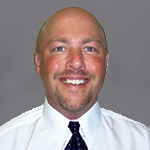 Bill develops and executes strategic plans to drive market growth and financial performance for EMCOR Services MSI–Mechanical Services (MSI) in the Tallahassee region. His leadership includes equipping and motivating the team to respond to customers’ needs quickly and with the highest possible quality.

Bill also participates in select industry organizations, trade shows, and events to promote the company’s products and services. In all his efforts, Bill brings a positive attitude, mentoring and collaborating to encourage continual focus on customer satisfaction.

Bill began his career in 1990 as a Steamfitters Local 614 apprentice and completed his training in 1995. During this tenure, he worked for one of the larger union mechanical contractors in the Memphis, TN area. While at this company, Bill progressed into roles of increasing responsibility. He began as a Technician, progressed to Project Manager, and eventually became Service Manager in 1998.

In 2004, Bill accepted a position as Service Supervisor for the local Carrier Commercial Service (Carrier) factory. Over the next 17 years, he advanced to Territory Sales Representative for West and Central Tennessee. He was ultimately promoted to General Manager for the state of Alabama.

Currently, for MSI, Bill applies his experience in both the technical and the financial side of the HVAC industry to help promote the company’s success throughout the Tallahassee region.

Bill enjoys spending time with his family and has been married to his wife for more than 13 years. His interests outside of work include golf, fishing, and watching football.